Pupils are introduced to the Anglo-Saxon period, how long ago it was and where it relates to, with emphasis on the locality of the school.

They explore “how we know” about the Anglo-Saxons. This includes archaeology and the historical record. This empowers them to think of ideas of their own. If desired this is covered in depth with a 'Body In The Sand' activity

We ask questions about what they think Anglo-Saxons were like and help pupils to empathise with them. They are encouraged to discuss their thought on migration, settlement and establishing new communities.

They get to know our Anglo-Saxon character, Ceolred a C7th trader and have the opportunity to explore a chest of his personal belongings. Each child has the opportunity to examine a number of replica artefacts and is encouraged to draw, measure and analyse each. They will develop a picture of the function of each item, materials, manufacturing techniques, technology and its relative value. This gives them an insight into Anglo-Saxon life, the people and animals, homes, craft and industry, trade and the Anglo-Saxon view of the world.

Gods or God? - pupils study the evidence for Anglo-Saxon worship. They explore the importance of ritual and community and look at the coming of Christianity, why was it sometimes seen as a threat and sometimes embraced? Pupils are encouraged to look at how Christianity spread its doctrine through absorbing some of the rituals and practices of the older faiths. Why are the names of days of the week interesting?

Warfare – the excitement of proximity to weapons of war is exploited to ensure pupils understand how war and warriors fitted into Anglo-Saxon culture. The brutal design and function of the weapons is demonstrated along with the techniques of their use. Pupils are be able to experience the problems of moving a shield wall and work out what a helmet provided protection from.

Story time – a good wind-down activity with great potential for follow up artwork. We ask some Anglo-Saxon riddles and tell an Anglo-Saxon adventure story. 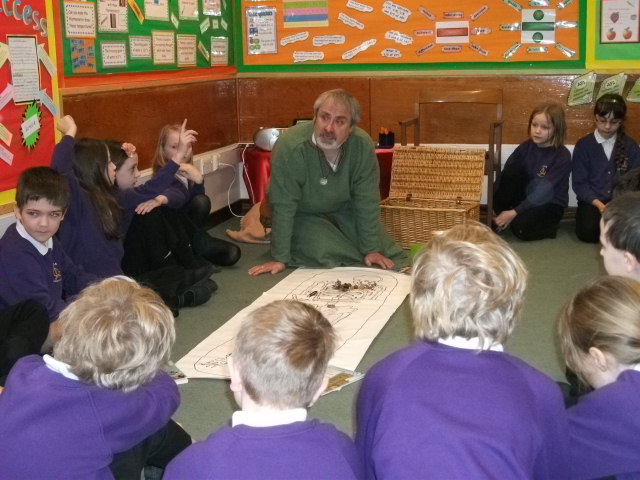